Since March 2020 I am Juan de la Cierva researcher at the Insituto de Astrofísica de Canarias (IAC), dedicated to the search of extrasolar planets and the study of stellar magnetic activity. Before that I was a a post-doctoral researcher at the IAC and at the Observatory of Geneva (Department of Astronomy of the University of Geneva), and before a PhD student at the Instituto de Astrofísica de Canarias (IAC) and the University of La Laguna (ULL). My PhD thesis deals with the search of low mass extrasolar planets using high resolution spectroscopy. It was also focused on the detection and characterization of radial velocity signals induced by stellar activity, which can be easily mistaken for planetary signals.

To this day, my work has resulted in 8 first-author articles, 54 articles as co-author, as well as several talks and posters. 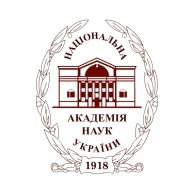